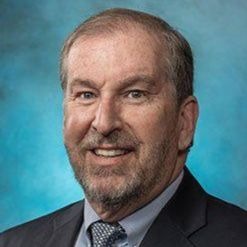 Born and raised in Canton, Ohio, Dr. Willen attended Rensselaer Polytechnic Institute in Troy, New York and was accepted into Medical School while in high school. He completed medical school at Albany Medical College of Union University at age 23. His Internship and Residency was at University of Miami -Jackson Memorial Medical Center and he finished his Residency at this 1400 bed inner city hospital having done more than 3000 deliveries of babies and more than 500 surgical cases. In his last year of Residency he was a Chief Resident mentoring other doctors and medical students. In 1979 having completed his Residency, he returned to Canton, Ohio and joined an 11 doctor Ob-Gyn medical practice. He never gave up his desire to have his own medical practice and in 1984 moved his wife and 2 small daughters to South Lake Tahoe, Ca where he established Tahoe Women’s Care. Over the years Tahoe Women’s Care has been very successful and at one time included multiple OB-GYN MD’s, Nurse Practitioners, Ultrasound Techs, and specially trained Gynecological RN’s. They expanded to the Carson Valley in 1988 and, in addition to practicing at Barton Memorial Hospital in South Lake Tahoe, they were among the first doctors to be affiliated with Carson Valley Medical Center in Gardnerville. Both of those affiliations continue today. In 1997 he returned to the classroom at the University of South Florida College of Medicine and added a Masters of Business Administration (MBA) to his resume. In 2007 Dr. Willen stopped doing Obstetrics and concentrated on Gynecology only. For many of his patients, he had delivered their babies, took care of them through menopause and is now caring for their advanced gynecological problems. He has also delivered the babies of patients he delivered!